Hannah Irvin and Jonathan Walker have lived in the Detroit area for several years. Here they had their first daughter, Aurora, age 11 months, and Hannah worked in food service as a trained pastry chef and server. When Hannah became pregnant with their second daughter, the family decided it was time to move back to Pennsylvania, where Hannah’s family lives.

They set a moving date and made arrangements so that they would move near the end of Hannah’s second trimester, which would give them plenty of time to settle into their new home before the baby came. At the end of January 2020, they moved out of their home and packed everything into a moving truck. Hannah wanted to work a few more shifts before they moved, so they planned to stay in a hotel for a weekend before driving to Philadelphia.

During her shift, Hannah, who was only 29 weeks pregnant, began to experience some pain that felt like contractions. Her manager drove her to the hospital and called Jonathan to meet them. She was admitted, her water broke and she was taken in for an emergency c-section. That day their daughter Alani was born, 10 weeks early and fighting for her life.

Because she was born prematurely, Alani was born with a condition called pulmonary stenosis which means that several of the arteries leading to her heart are too small to properly pump blood. She is under the care of the incredible team at Children’s Hospital of Michigan. While she was there, Hannah, Jonathan, and Aurora stayed at the Ronald McDonald House so that they could be by her side. They stayed at the House for three and a half months before Alani was able to go home.

The Irvin-Walker family is grateful to have a safe place to stay during an extra-stressful time. 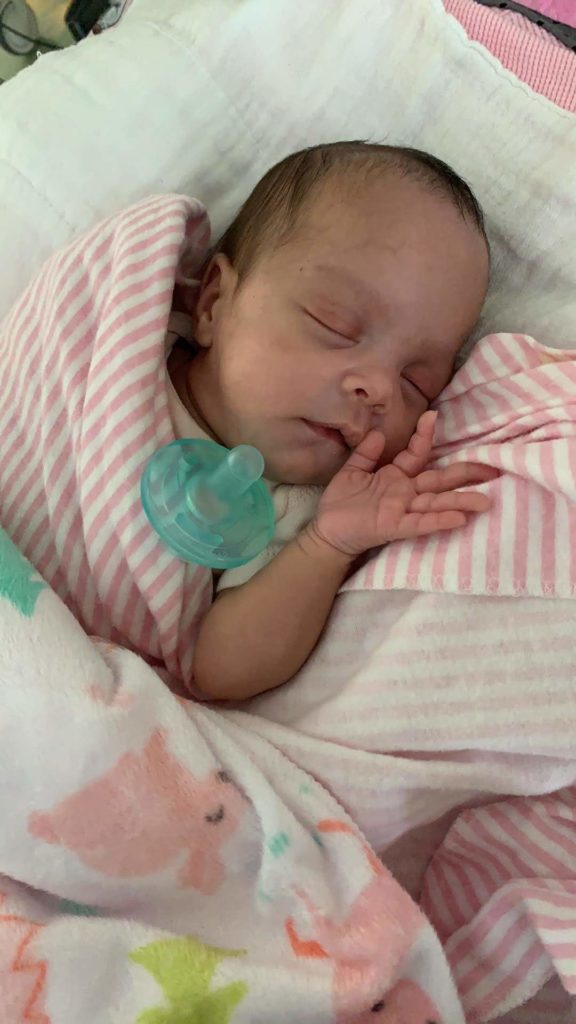