Detroit… Babies in strollers, families, teens, young adults, middle-aged men and women, and people in their 70s totaling about 800 gathered on Belle Isle on July 15 for the 9th annual Escape to Belle Isle race/walk, which netted $45,000 for the Ronald McDonald House of Detroit.

The race course started and ended at the Belle Isle Casino, with a gorgeous view of Scott Fountain, the Detroit River and the Detroit skyline. The top male (and overall) winner of the 10K was Aaron McLemore at 38:50; Erin Webster was the winning female at 41:42. For the 5K race, the top male (and overall) winner was Kyle Johnson at 16:26; Allison Lucas led the female category at 20:25. 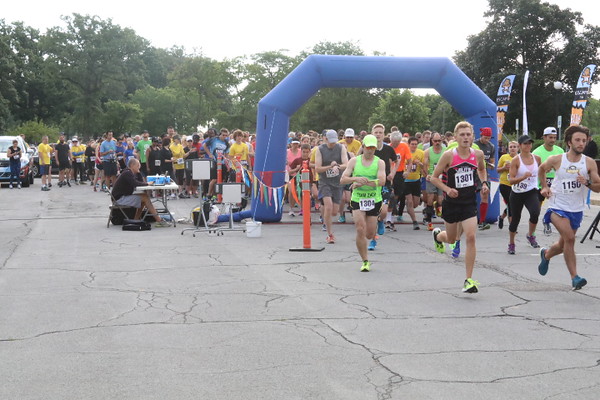 Race organizer Jenna Greenman, of West Bloomfield, served as master of ceremonies and cheered on the runners as they crossed the finish line. Her husband Milt Greenman led the volunteers and set up the course.

Jenna said, “It’s great to see so many people attend – runners, walkers, families. We even allow people to run with their dogs. People like the uniqueness of this race and keep coming back. One female runner comes from Ohio every year and explores the city after the race. Another runner, Ronald Ramirez, runs the race and his six grandkids do the fun run.”

This year, the race enveloped the GOah Noah race – an annual fall run/walk held in Shelby Township, which has benefitted the House for the past eight years. The namesake of the GOah Noah race, Noah Wexler, was there to cheer on the racers. His family, mother Renee Sulllivan and dad Bob Wexler, stayed at the Ronald McDonald House when he was being treated for a rare brain tumor at age 9. He has since made a strong recovery.

“We had a fantastic turnout this year,” said Jennifer Litomisky, executive director of the Ronald McDonald House of Detroit. “The money raised at this race helps fund operations. We provide families with a bedroom and private bathroom and access to a vast kitchen, a beautiful garden, and much more. We offer a house full of love and support when families need it most.”

Other fun activities that made the race unique included portraits by sketch artist Darryl Swift, a Magic Mirror photo booth, and music by D.J. Michael Karach, which matched the crowd’s high energy level. New this year was a spring warm-up run in April on the Belle Isle course, open to registered runners.

Kitch Attorneys & Counselors, Absopure and Running Fit were lead sponsors of the race. Other companies and organizations sent volunteers, including Kohl’s, La-Z-Boy and the Michigan Association of CPAs (MICPA). 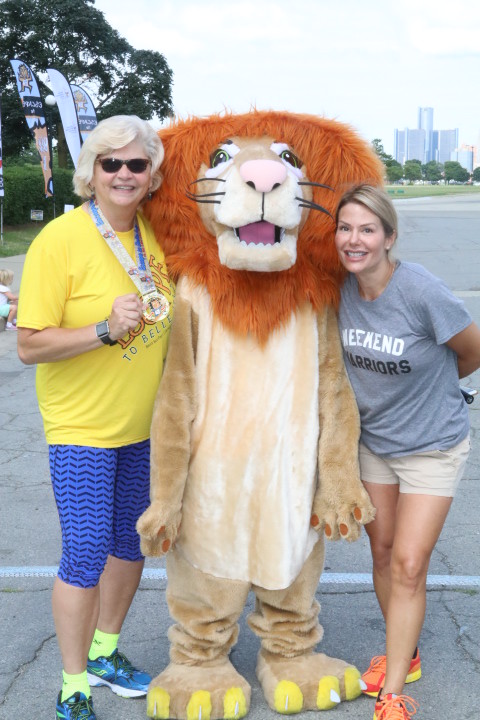