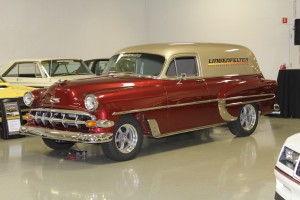 Guests strolled among the 190 cars on display to view some of the most sought after cars in the world, including the Bugatti Veyron, Enzo Ferrari, LaFerrari and Lamborghini Reventón. Guests also enjoyed appetizers and beverages while learning more about the House. 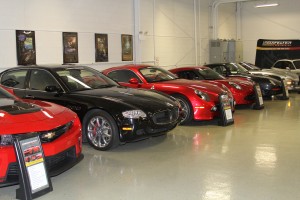 Approximately 1,200 families each year count on the Ronald McDonald House of Detroit to become their home away from home during a time of great need – when their child is hospitalized with a serious illness. At the event, Rachel Skousen, of West Bloomfield, told about her son’s medical treatment.

At age 7, Kevin was diagnosed with a brain tumor called medulloblastoma, which was on the verge of causing a life-ending stroke due to high pressure in his brain. After he was stabilized and had surgery, doctors said he would need eight to 10 months of treatment that included radiation therapy, high-dose chemotherapy and stem cell extraction and transplantation through his bone marrow. He also had multiple blood transfusions.

Rachel, who at that time had a newborn, Jake, stayed at the House in Detroit for about three weeks along with Kevin’s father Eric Saarela before transferring their son’s treatment to St. Jude Hospital in Memphis, Tenn., and staying at the Ronald McDonald House there for three months.

Of her experience, she said, “I was able to focus on loving and caring for my son because of the Ronald McDonald House. He is now a student at Walled Lake Northern High School, and getting good grades. His future is full of possibilities, I believe, because of the love that surrounded him when he needed it the most.”

Rachel said she wanted to share her story to help other parents who find themselves in the throes of a medical crisis involving their child. “No parent plans for brain cancer like we plan for their college,” she noted.

Jennifer Litomisky, executive director of the Ronald McDonald House of Detroit, announced that the D-3 event along with the fundraiser held by board member Teresa Saputo(a resident of Oakland Township) at the Dream Cruise puts the “Hands, Hearts and Home” expansion campaign at $2 million.

A highlight of the night was the LaFerrari, a hybrid with 789 hp and a V-12 engine. Ken Lingenfelter fired it up and a crowd gathered to hear the car rumble and roar. On the open road, the car accelerates from 0 to 150 mph in 9.8 seconds.

“Our second Lingenfelter Dream Car event was bigger and better than the first one,” said Litomisky, “Guests didn’t want to leave as they marveled at the rare automobiles and talked with Ken about the cars. The night was incredible on all levels and we are thankful to Ken and Kristen for supporting our charity.” 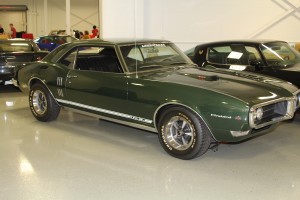